UCU’s reballot on our Fair Work and Fair Pay dispute opened last week, and by now you should have received your ballot in the mail. If you need a new ballot, request one here. And if you aren’t sure what contact details UCU has for you can check them here. 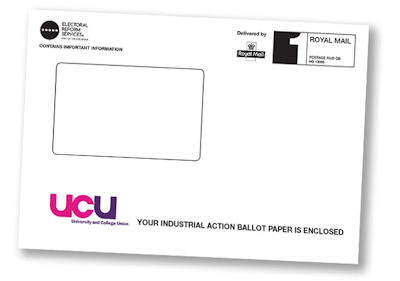 We know that many of you returned your ballots in the Autumn, and now you are being asked to do it again, but the issues we are in dispute over are simply too important to allow anti-trade union law to silence us. In the Autumn, 42% of UCU members responded to our ballot, and of those, almost 80% voted in favour of strike action. This is an incredibly strong response demonstrating that our members will not tolerate the continued and increasing inequalities in pay and working conditions in higher education.

Despite this strong response, we have seen no action on the part of our employers to address the concerns of the claim. They are hiding behind the 50% threshold and so we need to beat it, and make them come to the table to negotiate. However you vote, please return your ballot! We need to Say it Again, Say it Louder! 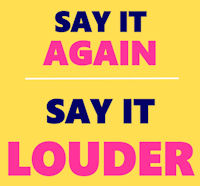 Remember, this ballot is aggregated. That means we must surpass 50% response rate together, and it means that every single vote from Sheffield supports not only our branch, but the entirety of UCU higher education.

On that note, Save the Date for Ballot Day on 5th February. Sheffield, along with many other branches across the UK, are holding a day of events centered around sending in our ballots and the issues at stake in this ballot.

Look out for an email from us asking you to let us know if you’ve posted your ballot. The more who tell us they’ve voted, the fewer we have to chase!

As we approach the anniversary of the USS strike (Feb 22nd) the USS dispute continues to move forward. The first report of the Joint Expert Panel (JEP) from last Autumn not only vindicated UCU’s position that the scheme is not in trouble, but also made a series of recommendations which offer something like a “no detriment” resolution to the dispute. These recommendations were unanimously backed by all members of the JEP, and have since received support from UCU and UUK representatives, along with the actuarial advisors of UCU and UUK (First Actuarial and Aon). We know that the process has been frustratingly slow at times, but this is an enormous shift from our position 12 months ago which would not have been possible without our unprecedented strike action last spring, and the continued pressure being put on USS by activists around the UK.

The most recent developments have not been straightforward, as USS have embarked on a 2018 valuation which – contra the support of all of the parties mentioned above – plans to accept only some of the JEP recommendations. Negotiations are ongoing, and there is a lot of activity behind the scenes. We believe it is time for UUK to use their influence to lobby USS to implement the JEP in full, and home in on a solution to the dispute.

For any members wanting more specific details on the recent developments with USS, SUCU Pensions Officer and National Dispute Committee member Jo Grady, and Branch President and USS negotiator Sam Marsh will be leading a session to update members fully, including a Q&A. The date for this is Wednesday 13th February, at 1pm in Hicks LT2. Please do come along!

We are hopeful that the frenzy of restructuring of the university, particularly of our professional services departments, may be slowing. Huge damage has been done to morale without much obvious gain, and we have let it be known to university management, including our new VC, that we do not have confidence in the direction the university has been taking. The restructuring has not stopped completely, with research support in departments currently in the firing line among others, so please support your colleagues where you can while we, along with the other Staffside unions, continue to push back.

We have filed a collective grievance on behalf of our members over the USS strikes last year, in line with a motion brought by a member to a general meeting in the autumn and passed overwhelmingly. Negotiations are expected to start soon, and we will keep you informed of progress.

We have invited all three candidates in the running for UCU’s national presidential role to Sheffield on the lunchtime of Tuesday 19 February for a question and answer ‘hustings’. The successful candidate becomes increasingly important within UCU over the subsequent three years, culminating in them chairing the supreme decision-making bodies within the union. We are very pleased that Jo McNeil and Vicky Blake will be attending; Adam Ozanne has declined. Please do come to make sure UCU’s democracy is as informed as possible.

Finally, we are desperately in need of members who are prepared to act as a caseworker in support of colleagues going through difficulties. Training is provided, and time off must be given by the university. Please write to us at ucu@sheffield.ac.uk to find out how you can get involved.