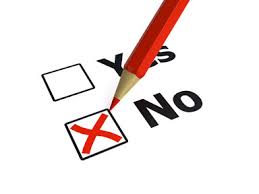 The following message has been sent by the minority on the UCU Higher Education Committee who believe the proposed USS deal is completely unacceptable.

We write as representatives of the Left on the Higher Education Committee who are utterly opposed to any retreat from defending members’ pensions. We have carried out a careful critical analysis of the different positions and we can only conclude that members must reject the offer.

We believe that UCU is consulting members over accepting a retreat of historic proportions that will mean all our members pay more, those in Final Salary (three quarters of active USS membership) will have their pension cut, and a great number of staff will be placed in the position where they cannot afford to retire.

The proposal is as follows. Everyone is to be put on a single Career Re-evaluated Benefits (CRB) scheme. Current Final Salary members in mid-career are likely to lose over 10% in the value of their pension – but pay 0.5% more. New staff who would be entered into the current (appalling) CRB Scheme introduced in 2011, will see their pension increase by 6%, but at the cost of paying an extra 1.5% of their salary into the scheme over their working life.

But the proposal is not even a pure CRB scheme. Any salary over £55,000 is put in an investment fund called a Defined Contribution (DC) scheme, and so staff who eventually retire as a professor can expect a bigger pension cut. The Employers plan to pay one third less – 12% rather than 18% – into this fund than for their normal contributions.

In simple terms, the proposal we are asked to endorse:

Instead of facing up to the scale of attacks and campaigning openly against them, the national UCU leadership has left members in the dark, and now propose a snap 10-day e- ballot consultation, in the absence of a visible campaign.

We can still win. Where members have campaigned against the deficit and the need for cuts, they have won a huge consensus amongst staff. The employers are divided. Several university Senior Managements, including Oxford, Cambridge, Imperial, Warwick and LSE have called for lesser changes than are currently proposed. The Employers could pay more, or agree to join UCU in openly challenging the valuation.

No justification for USS cuts The projected “deficit” is the result of a discredited mathematical model. Last term, a series of devastating critiques were published by independent academics, university management- led pension committees and UCU’s own actuaries, First Actuarial, all challenging the method used by USS’s actuaries to value the scheme, and thus to decide on the size of any necessary cuts. Indeed, some alternative calculations found that USS had a projected surplus!

But instead of building on these critiques, and rejecting the premise of the negotiations as false, the majority of the Higher Education Committee (and their negotiators) focused exclusively on negotiations with the employer, and behaved as if the deficit was real.

At the last special HEC meeting in November, the majority of our leadership voted to suspend the marking and assessment boycott to ‘facilitate negotiations’ with Universities UK, within the terms of this projected deficit. We warned then, in an open letter published in the Times Higher, that this would lead to disaster.1 We argued that the only way to avoid this would be to inject democracy into the union by branches calling a Higher Education Sector Conference (HESC) to review the campaign and hold the leadership to account. The need to call a HESC is greater than ever (see below).

But now we must campaign to throw out a disastrous proposal that accepts the terms of the deficit. The argument at the HEC was that this proposal was the best achievable by negotiations, and that the USS Trustees may vote for the (even worse) UUK proposal if members do not vote Yes. Members are being balloted with a gun to our heads.

Over the last few months, members have been kept in the dark. At most, we received cryptic emails from Sally Hunt. Now we are told that negotiations have borne fruit, with an offer on which we are to be consulted. Yet the new offer is a pensions cut for everyone on Final Salary – three quarters of USS membership!

At the HEC meeting the majority of the UCU leadership – some of whom have already taken their pension – voted to ‘consult’ members rather than lead them against the cuts. Members already voted to throw out a similar offer six months ago. Now they are being asked to vote on a similar deal. The majority of the existing leadership has offered no strategy to fight this proposal, or even a recommendation to reject it. Our leaders have abdicated their responsibility.

The only way of turning this situation around is to throw out the offer, and to build for hard-hitting industrial action. We need to mobilise all our members in a combination of well-timed escalating national strike action, and a marking boycott. We urgently need to organise to resist this cut. We cannot afford to be timid.

“Offer” worse than UCU’s counter-proposal Members voted for industrial action in October, with a record-breaking 86.7% for ASOS and 77.8% for strike action, to oppose USS cutting our pensions by “up to 27%”.

After two weeks, ASOS was suspended for negotiations. Five months later, the new proposal appears on paper to be better than UUK’s original proposal – but members will pay for it by increasing contributions.