A collection of information relevant to the 2017 dispute of the USS pension fund. Bookmark me!

The best way to keep up to date with USS news is by following our Twitter account. Below, we’ve collected together things that are interesting or relevant, sometimes both.

Member of staff at the University of Sheffield? Use these forms, rather than those provided by HR, to notify about the strike action (when asked to provide one!).

In addition to the national strike fund, we run a hardship fund for those most in need, such as casualised workers or those in severe financial difficulties.

You can apply to the hardship fund online. If you would like to donate to the fund, you can do so using the details below.

There have been some excellent posters, flyers and videos made in relation to the dispute. Here are some of the best.

Want to find out what’s been going on with USS? Start here.

Hear from those in the know

Carlo Morelli, one of UCU’s national negotiators, visited Sheffield on Monday 11 December to talk to our staff about USS. Branch officers Sam Marsh and Matthew Malek, who both serve on the University’s USS Working Group, also gave their thoughts.

The session was recorded, and you can hear the audio and view the slides at the links below.

We’ve been writing to Sir Keith Burnett. You can follow the correspondence below.

Please sign the petitions below, calling for transparency from USS and for Sir Keith Burnett, Vice-Chancellor of the University of Sheffield, to speak publicly on the importance of secure pensions for staff.

Here are some technical documents from USS that have made it into the public domain.

We have representatives on the University of Sheffield’s USS Working Group, formed in February 2017 to look into the (then) upcoming USS valuation. You can find outputs from the working group below.

We marked Universities UK’s homework, “5 facts: #USS pensions”, which is in need of a fair bit of work. So far we’ve resisted the urge to pass it round the staff room for laughs, because we know they’re trying their best. (Click image for full document.) 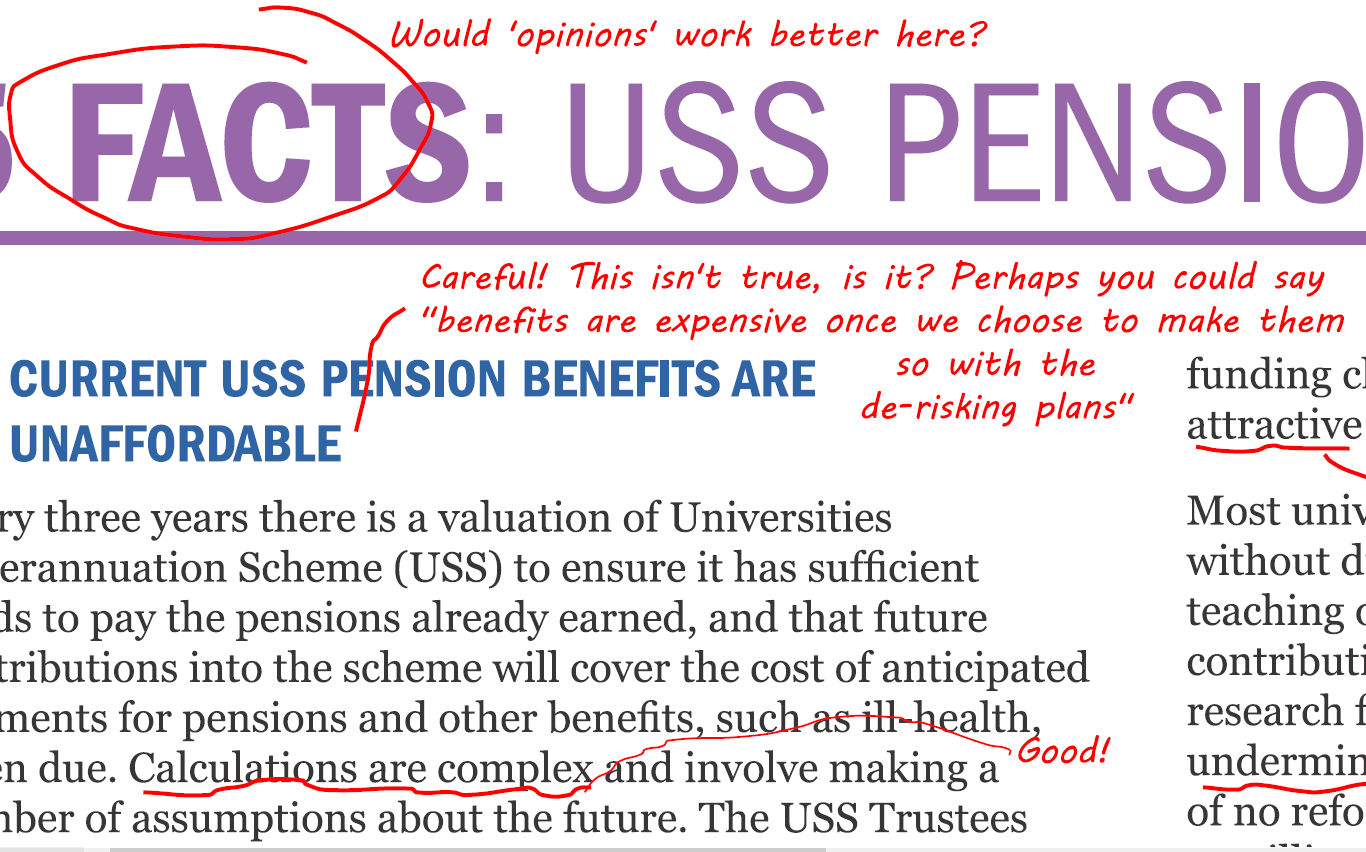